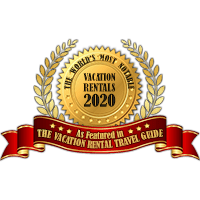 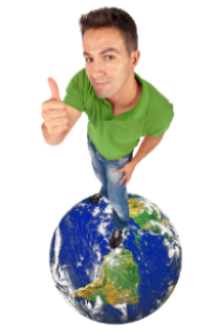 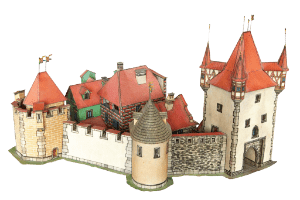 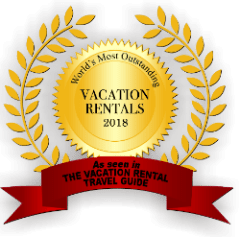 Mexico — Between Imagination and Reality

To be completely honest, as a European who has never been to this part of the world, I came to Mexico carrying prejudices, assumptions, ideas and images in my head which belong to the world of imagination. This abstract world is often created through a variety of stereotypes which are imprinted onto our subconscious under the influence of various media. Movies, especially from our early childhood, play an important role in development of our imagination. I am sure that, in the imaginary world of an average European, Mexico is all about tequila, men with big mustaches, sombreros and vast deserts mottled with big, green cactuses.

Frankly, my own preconceptions were not  far from those simple, childish scenes that I often imagined  while reading comic books and watching Hollywood movies. Even though I did not expect Mexico to be a movie set of the final scene from The Good, the Bad, and the Ugly, I did not know anything about its cities. Upon arriving in this huge country, I was surprised and amazed how developed, modern and urban it is. After visiting interesting cities like San Cristobal, Oaxaca and Guanajuato, I packed my bags heading west to the small city that lies directly on the sandy shores of Pacific Ocean – Puerto Vallarta.

I arrived early in the morning while the light was still soft and mellow, falling gently on the mountains which surround Vallarta like a guarding fortress. When I stepped off the bus I still could not see the ocean, but suddenly, for a second or two, it felt like home. It was warm, the air was salty and I felt a pleasant breeze on my skin that reminded me of the Croatian summer wind we call Maestral. Though there were plenty of cabs waiting in front of the station, I caught a city bus which took me to my destination. The Penthouse Dolphin Dreams is a beautiful two floor penthouse situated in the heart of Nuevo Vallarta – a residential resort community about twenty minutes north of Puerto Vallarta, in the center point of the Banderas Bay.

The owner of the property was waiting for me when I arrived. From the first moment he made me feel welcome and relaxed. Dana is an interesting man, who has traveled the world and lived throughout the United Kingdom. Eight years ago he decided to make his home here in what he calls, “Paradise on Earth.” Even though he has adapted easily to this Mexican beach style of life, learning to surf and paddle board almost every day, he is still a typical English gentleman with a recognizable English sense of humor. After a few minutes in his company, I realized that those stereotypes about cold, distanced and reserved islanders definitely don’t apply to him. As we were sitting in his large first floor open living room having a chat, I observed a whole variety of exotic birds.

For the first time in my life I saw pelicans sailing through the sky in perfect formation like a fleet of army planes. Later I learned that due to its geographical position, this area is a perfect location for bird watching as it is home to nearly 350 species in varied ecosystems and habitats. Dana informed me that this area used to be a swamp, which explains its rich fauna. (read the rest of the article here)

Get the Gold Seal 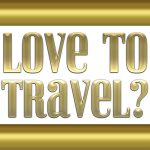 Read what Vacation rental travelers are saying about the vacation rental reviews on VRTG: “I just read your article t[...] Read more »

Deborah Nelson is a visionary. Tuned into the needs of travelers and vacation rental home owners, she creates tools and powerful information for creating peak vacation rental experiences. Read more »

Cindy White's gift of hospitality has made her successful in vacation rental ownership. She has traveled worldwide, and is author of several books. Read more »

Janelle is a prolific write and traveler, specializing in third world countries--giving readers an inside peek into the more exotic and remote areas of the world. Read more »

Liz Manduca, a pianist and music publisher by trade, is a vagabond by nature willing to travel anywhere on the planet. Read more »

Since Luz always dreamed of traveling, & learning new languages while writing At 16, she attended high school in USA learning English as her second language. Luz married a man half Japanese/half Mexican which brought them to Japan. Read more »

Living as a digital nomad, Mike has visited over 40 countries on six continents. Mike speaks fluent English, Japanese, and intermediate Spanish, Two of Mikes' greatest passions are traveling and cooking and he loves to combine them whenever he can. Read more »

From Croatia, Rasha's love of travel has taken her to Mexico, South America, and all over Europe. A published author, she comes from a family of writers, and the love of writing is in her bloodline. Read more »

Healthy curiosity, a love of writing, wine, and languages has propelled Renee Fontaine to many intriguing VRTG locations worldwide, from NYC to Europe, Croatia and Morroco. Read more »

An energetic "mover and shaker", Robyn Adams has lived in and is knowledgeable about countries and lifestyles. Read more »

Working for the Embassy in Rome, Vanessa has traveled extensively. Originally from Italy, she has migrated to Canada. Vanessa loves to surf, write, and cook Italian. She speaks English, Spanish, and Italian. Read more »

Highway 30A and its Vintage Charm By Deborah S. Nelson, Author/Publisher VRTG The vintage charm of Highway 30A is a place to remember. Just the same, mainstream travel destinations are popular for a variety of reasons. Cities such as Orlando, New York City, and Los Angeles—even Paris att[...] Read more »

The Journey to Finding Your Rental Starts in South Maui Island By Deborah S. Nelson, Author/Publisher VRTG So many aspects come into play when doing a vacation rental home search. To begin with, one key thing to consider is the background and wisdom of your vacation rental expert. Knowing [...] Read more »

Key Largo—First Island & First Choice By Deborah S. Nelson, Author/Publisher VRTG What makes the Florida Keys so desirable? The answer is a blend of warm weather, the ocean views, as well as land and water activities–all set in friendly communities. All these island destination[...] Read more »

Contempo Vacation Homes–Orlando, Florida By Deborah S. Nelson, Author/Publisher VRTG Land of theme parks and family attractions—Orlando, Florida never fails to entertain hundreds of thousands of visitors per year. But could it be only these popular activities that keep travelers co[...] Read more »

Ancient and Eco-Friendly South Walton, FL By Deborah S. Nelson, Author/Publisher VRTG Have you ever wondered what made the glistening white sand beaches of South Walton, FL? Well, millions of years ago, as the Appalachian Mountains eroded, quartz particles trickled down into the nearby str[...] Read more »

America’s Top Beach—Siesta Key Beach By Deborah S. Nelson, Author/Publisher VRTG Since beach vacations often come with high hopes, why not choose the best of the best? Accordingly, Siesta Key was voted the #1 Beach in the U.S. and #5 Beach in the World in the 2017 Traveler’s Choi[...] Read more »

Coastal Gem: Anna Maria Island, Florida By Deborah S. Nelson, Author/Publisher VRTG With beaches all over the world, some travelers may find it hard to select their “coastal gem” for a vacation. Clearly, each beach town in Florida is unique in terms of climates, cultures, and t[...] Read more »

Racing Central in Saratoga Springs. NY By Deborah S. Nelson, Author/Publisher VRTG If you have ever heard of Saratoga Springs, you may know it for the famous Saratoga Race Course established in 1863. As a hub for horse racing, Saratoga Springs is a paradise for riders and non-riders alike [...] Read more »

Be My Guest Vacation Rentals in New Smyrna Beach, Florida By Deborah S. Nelson, Author/Publisher VRTG If you intend to visit any of the Disney area attractions, Kissimmee, Florida is a key spot due to its proximity to the Magic Kingdom entrance. And while the Disney area is also home to at[...] Read more »

Everything You Desire in Englewood & Manasota Key, FL By Deborah S. Nelson, Author/Publisher VRTG Vacation Paradise comes in all shapes, sizes, and places. For some, a vacation paradise is a frosty ski-trip to Aspen, CO, while for others, their paradise is located on the black sand bea[...] Read more »

Afford Telluride the Luxurious Way By Deborah S. Nelson, Author/Publisher VRTG Locations near top-notch events and activities usually come with a price tag. Fortunately, this is not the case in Telluride, Colorado. Located near some of the world’s best ski trails as well as the famous Sa[...] Read more »

Newman-Dailey Resort Properties in Destin, Florida By Deborah S. Nelson, Author/Publisher VRTG Where there is demand, you may expect an ample supply. This is no truer than for vacation rental agencies in Northwest Florida, especially around the 30A beaches. A large number of visitors flock[...] Read more »

Embracing the Simple, yet Luxurious Life By Deborah S. Nelson, Author/Publisher VRTG For those seeking privacy and a quiet vacation, North Captiva Island is a pure gift. Located three miles offshore of South West Florida, the Island is only accessible by boat, ferry, or plane. Furthermore,[...] Read more »

Tropical and International Adventures By Deborah S. Nelson, Author/Publisher VRTG Oftentimes, as a new travel season rolls around, travelers search for new and intriguing vacation ideas. In other words, guests look for a new vacation rental accommodation for each trip. And indeed, what if [...] Read more »